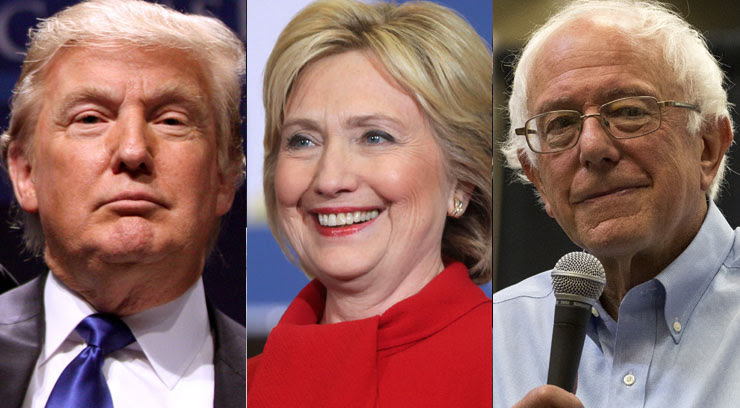 My thesis is that the proposals put forward by Donald Trump, Hillary Clinton and Bernie Sanders offer no solutions to the fiscal crisis of the state, andpartly for this reason do not and cannot promise social integration.    I am not complaining.  I am just trying to do my part as a philosopher to help generate better ideas, ideas that will work.

First I will cite some typical proposals of the three candidates as background to help me explain my thesis.

Then I will explain my thesis.

Then I will suggest solutions to the fiscal crisis of the state.

Then I will suggest some ways to achieve social integration.

Last I will suggest some further readings.

In his campaign book Crippled America Trump proposes a trillion-dollar plan for rebuilding America’s infrastructure designed to produce 13 million jobs.  He also proposes strengthening the military.  He proposes tax cuts even greater than the legendary tax cuts made under President Ronald Reagan. To pay for infrastructure and weapons in spite of lower taxes, he expects revenue from closing tax loopholes and from imposing tariffs on imports.  He expects the tax cuts plus economic nationalism to stimulate more investment, more sales, and more income, and therefore a larger tax base.

On infrastructure Sanders’ proposal is in general terms is the same as Trump’s: rebuild America at a cost of a trillion dollars thereby creating 13 million jobs.  He proposes a way to pay for it:  capture taxes now evaded by shifting assets to tax havens like the Cayman Islands and closing other loopholes, which a Congressional Research Service report estimates could yield 100 billion per year for ten years.   Sanders proposes free tuition for all students at public universities, to be paid for by financial transactions taxes that a University of Massachusetts study estimates would bring in 300 billion dollars per year.He has a revenue plan for each of his spending plans.

Each of these major United States political figures has given thought to how to raise the money their proposals require.   My thesis implies that they are thinking inside the limitations of a dysfunctional dominant paradigm.It suggests that liberalism (known in the United States as “conservatism”) will not work.   It suggests that social democracy (known in the United States as “liberalism”) will not work in the forms Clinton and Sanders have proposed.

Here are some anomalies may serve to loosen the grip of the dominant paradigm and to motivate a willingness to rethink fundamentals.   They are adduced not to prove points but to open minds:

My thesis is rooted in philosophical realism, in John Dewey’s pragmatism, and in the philosophies of John Searle and Charles Taylor which as far as I know do not have special names.      I start with a realist Earth Story, the common story of all humanity, a worldview that is suitable for seeking consensus on how to adjust culture to its physical functions because (unlike the myth of the social contract) it is true.

Culture (often synonymous with religion) is the ecological niche of the human species; it is what has given tribes and nations the cohesion to cooperate and hence to survive.   Every culture has a basic structure.  It is the normative framework that governs producing and distributing the basic necessities of life.   Our culture is basically governed by the constitutive rules of markets (they are the dominant paradigm).

The rules of the market game are the rules of buying and selling.   In the dominant paradigm production is for sale and sale is for profit.   Nobody is obliged to buy.   Some do not.    Those who do not find buyers who will pay them enough money to live on (of whom in a pure market game there must inevitably be some) are the losers.   They are excluded from the game.

Governments are perennially caught in the dilemma between lowering taxes to stimulate the economy and raising taxes to pay their current expenses plus the interest on their debts.  Typically, if they raise taxes they drive wedges between buyers and sellers.  The wedges diminish sales because the wedge means that the buyer pays more than the seller receives.  Hence theydiminish profits, which diminishes investment.   (Taxes that do not drive such wedges are another subject, one recently treated admirably by Thomas Pikkety.)  Impoverished and disempowered governments cannot meet their obligations as guarantors of human rights; for example, the right to security in old age.    There is a permanent inability of the state to structure the society in ways that meet the needs of the people in harmony with the natural environment.

The fiscal crisis of the state is a permanent consequence of the constitutive rules of the dominant paradigm whenever citizens demand their rights.   Nothing in the proposals of Trump, Clinton, or Sanders (and nothing in those of Le Pen, Sarkozy, Hollande and so forth) changes this fundamental underlying social reality.

The idea of “social integration” comes from Emile Durkheim.  Durkheim drew maps of Europe showing that in the more modern (more capitalist) areas the rate of suicide was higher.  In the more traditional areas the rate of suicide was lower.   In a modern society those who are not integrated are in the first place the losers in the marketplace mentioned above, but Durkheim’s idea is broader.   They are also the millionswhom hyper-markets dehumanize by commercializing every thing and dissolving every community, as well as millions who suffer a similar fate for a variety of other reasons.  Durkheim’s turn-of-the-twentieth-century concept of social integration, and its corollaries normlessness and loneliness, anticipated Paulo Freire’s 1960s identification ofdehumanization as the concrete historical fact that defines our epoch.

Solutions to the Fiscal Crisis of the State

There are two complementary ways to solve it.   One is for all of usto assume more responsibility for guaranteeing human rights, for example the right to health care.     Then the duties of the government as guarantor-of-last-resort of human rights will be performed atlesscost to the public purse.  This firstway calls for an ethic of service and stewardship.   It calls for reviving the old-fashioned concept of vocation; and for reviving –if anybody still remembers it—the old-fashioned concept of profession.  It calls for an emphasis on moral development in education;on corporate social responsibility and shared value; it calls forneighbours who join together to fight crime and to be sure that nobody in the neighbourhood is going hungry or is abandoned to face illness and/or old age alone.  And so forth.  “Points of light.”  The secondsolution, complementary to the first, reverses what was done in the 18th century when the victorious third estate deliberately made government subservient to property-owners by making its budget depend exclusively on taxes voted by them. (In the 18th century democracy had not yet fully arrived; forexample, the same French Assembly of 1789 that wrote the Declaration of the Rights of Man and the Citizen decreed that the only voters would be adult male property owners.)

One approach –there are others– to putting the state on a sound fiscal footing would be to reframe the large banks as quasi-public institutions.  Astronomical profits now flowing into the purses of the 1% would then flow into the public purse.   This would reverse the precedent set by the English “Glorious Revolution” of 1688-1692 which made the Bank of England a private institution independent of the sovereign.The sovereign issuer of the currency –now the sovereign people—would again play a larger and more profitable role.

Some Ways to Achieve Social Integration

Traditionally key roles in social integration have been played by major institutions older than capitalism: families and churches.  Today we have new kids on the block: schools, psychologists, self-help groups like Al-Anon, Facebook groups, and others.   In spite of the efforts of socializing institutions new and old, modern societies are still generating too little humanity and too much inhumanity.Hillary Clinton’s proposal to make more psychotherapy available at communitycare centresis amajor step in the right direction.   It will do more to stop insane rampages by lone terrorists than any number of bombs dropped on Iraq. Bernie Sanders supports it.  To the best of my knowledge Donald Trump has not yet commented on it.

Achieving social integration calls for more and better employment in a world where some have no work, some work but do not earn enough to live in dignity, and where some working conditions are the cause of –not the cure for– psychopathology.     Mahatma Gandhi advocated a traditional Hindu rule for those who have no work:  the unemployed should find something useful to do and do it.   I agree.  When you can’t find a buyer who will pay you money for your services, serve anyway.   Volunteer.   The other side of the coin is that those of us who are winners in the market must one way or another support the volunteers.  In general, the other side of the coin is funding livelihoods that do not depend on sales.

The general problem is how to include those whom the market excludes.   I am suggesting that the general solution is to recycle the surplus.    It should flow from where surplus exists (where by definition it is not needed, because if it were needed it would not be surplus) to where it is needed.  Of course there has to be surplus in the first place.   Creating surplus is a social function of capitalists and inventors like Bill Gates and Mark Zuckerberg, and ofthe millions who on a lesser scale put productive organizations together and make them work.

Howard Richards, The Impossibility of Politics and How to Make Politics Possible 2016
http://unboundedorganization.org/the-impossibility-of-politics-and-how-to-make-politics-possible/

Howard Richards and Joanna Swanger, Gandhi and the Future of Economics.  Lake Oswego OR: Dignity Press, 2013. 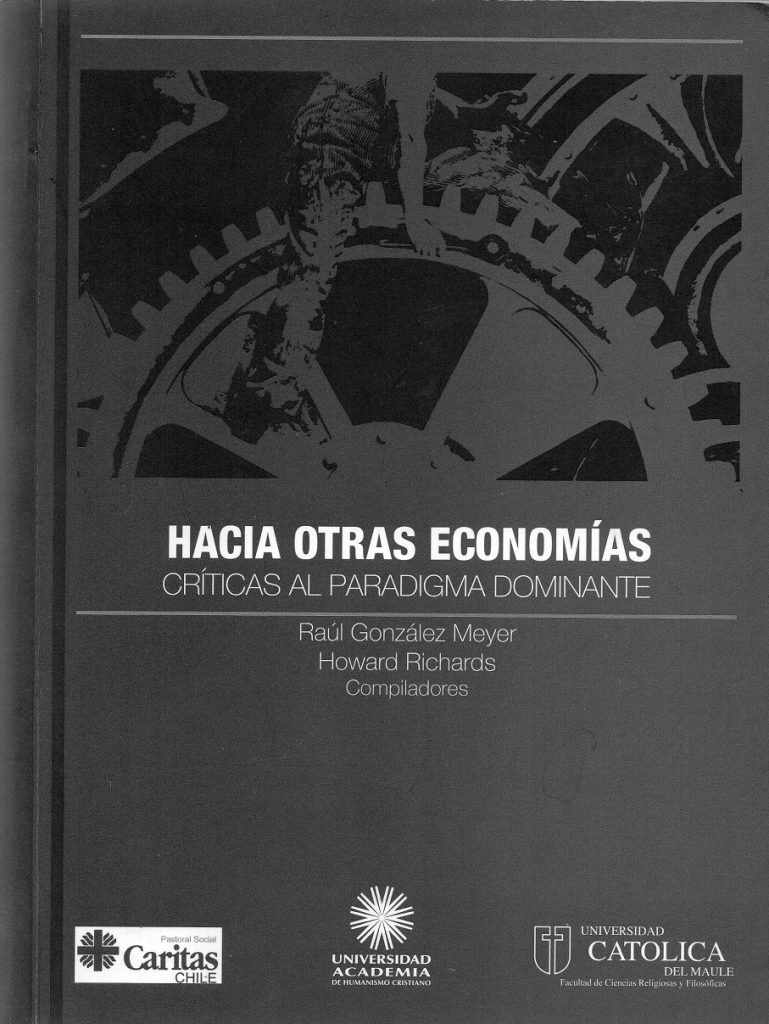 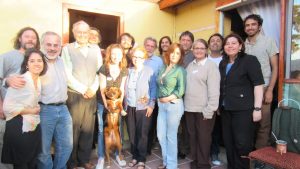 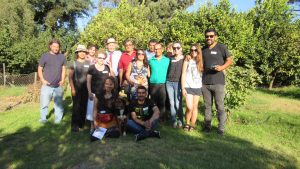 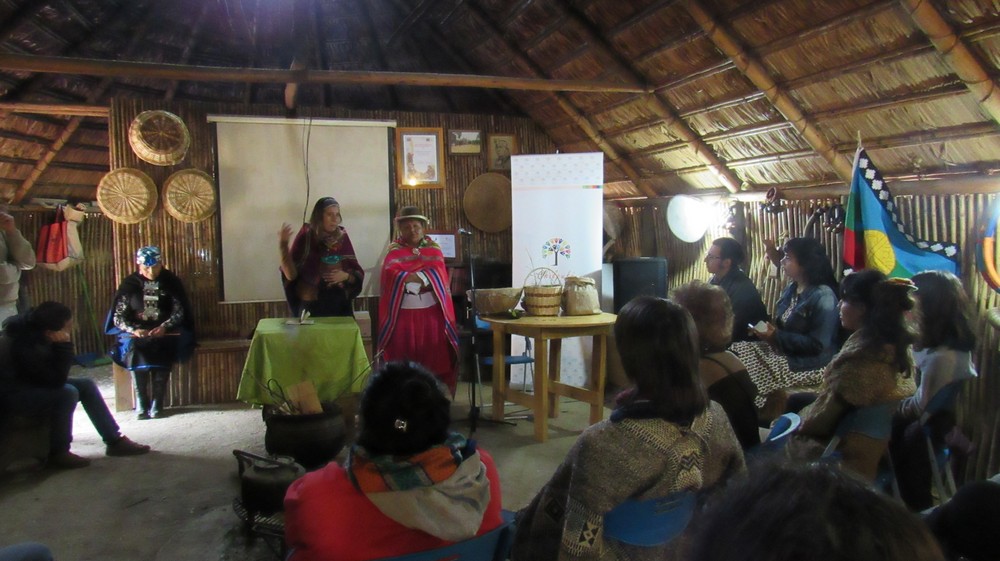 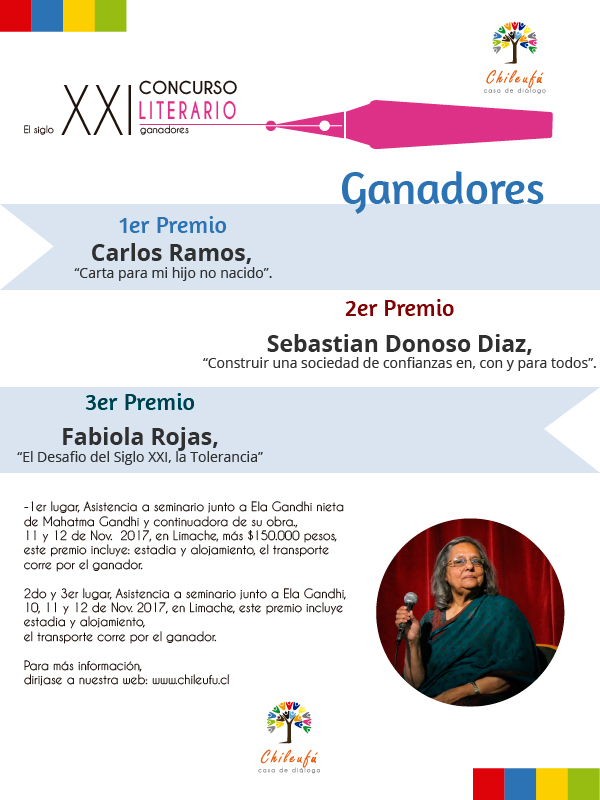